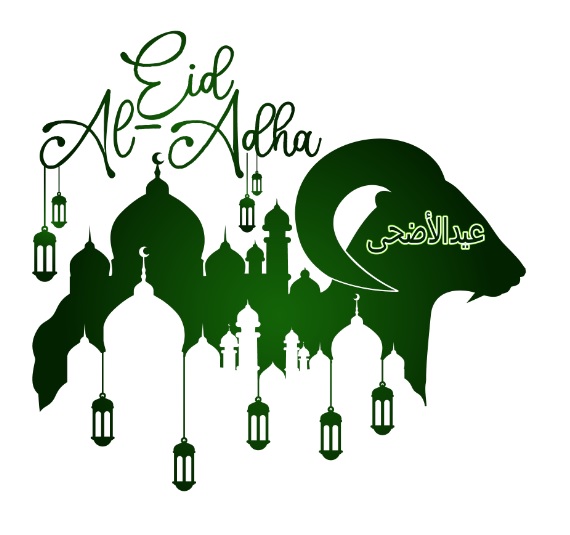 The blessed Eid Al-Adha is around the corner, and everyone is eager to celebrate it with the best manifestations of joy and happiness, especially in the Kingdom of Saudi Arabia, where Muslims visit the Sacred House in Mecca to perform the Hajj pilgrimage to celebrate the feast in its best manifestations. The sponsorship of the delegations extends its warmest congratulations and blessings to all Muslims on the blessed Eid Al-Adha, and is honored to provide services to transport guests within the Kingdom to spend an enjoyable vacation and a happy Eid, whether by enjoying activities inside or visiting wonderful tourist destinations.

The date of Eid al-Adha 2021 in Saudi Arabia

The Supreme Court in Saudi Arabia announced that the first day of Eid al-Adha will be Tuesday, July 20, and Monday, July 19, will be the Day of Arafat’s Stand.

The Jeddah Corniche is an ideal destination for family outings with its gardens and fountains sprinklers, as well as for lovers of water and land sports alike.

Enjoy with your family the magic of sunset on the Jeddah waterfront and enjoy delicious food in one of the restaurants spread in this place.

Fakih Aquarium is an educational and entertainment destination where the wonders of the aquatic environment of the Red Sea, and the wonders of other seas and oceans from around the world are displayed.

Make sure to enjoy with your family the dolphins and sea dogs show that takes place daily, and introduce your children to more than 200 species of fish including sharks, groupers, napoleons and seahorses…

The park is located in Al Sadd, near Al Ruddaf Park, and extends over an area of ​​about 85,000 square meters, and is one of the oldest zoos in the region.

You and your children enjoyed seeing a large number of species of domestic and predatory animals, including monkeys, birds, lions, tigers, black bears, elephants, leopards, rhinos, wolves and foxes, but do not forget to visit the educational dinosaur world, which includes exciting information about their species, and includes a number of their sculptures and figures!

Exciting games, spacious swimming pools, modern and advanced facilities and special family sessions are some of what you will find in the Water Village in Jeddah, which is one of the most prominent destinations in the “Bride of the Red Sea”. Bring her and your family for a day full of adventure, suspense and fun.

Whether you are looking for a natural getaway during the Eid al-Adha holiday or want to fill your children with joy, the enchanting city of Al-Namas nicknamed the Switzerland of Arabia should be your holiday destination! It is located above the Sarawat mountain range in the Asir region, which is famous for the beauty of its landscapes and the fresh air, which enables you to relax to the fullest. Be sure to take your children to Shaaf Al Waleed Park, which includes amusement parks, children’s playgrounds, and large green spaces.

Impressive and wonderful hotels and resorts for Eid holidays

If you prefer to spend your vacation in one of the Kingdom’s wonderful hotels and resorts, the options are of course many, and honestly, they will satisfy your taste whatever. For example, you can book a villa at the Mövenpick Beach Resort Al Khobar where you will have the opportunity to enjoy the beach and experience a new adventure by riding jet skis and speed boats, as well as rejuvenating your energy at the spa.

Najdara Resort is also a smart choice, as it is the newest rural resort in Riyadh and is distinguished by its Najd design, elegance and cleanliness!

As for the Aseel Resort in the beautiful Diriyah, it offers you a fun-filled stay where you can enjoy a barbecue on a nice evening with the family, and don’t worry, the resort offers you all the kit!

And where there are many tourist destinations in Saudi Arabia, which vary between archaeological areas, parks, beaches, kindergartens, and reserves, due to the expansion of the country; So that one is confused in deciding which tourist destination he will go to during the Eid al-Adha holiday. Delegates sponsorship is happy to help you meet your needs or your guests during the Eid Al-Adha holiday through a group of tourist areas in Saudi Arabia to visit.

Historic Diriyah, a beacon of knowledge and heritage

Diriyah is unique in its abundance of reefs and fertile lands

The area of ​​Diriyah extends on the banks of Wadi Hanifa, which gives it a breathtaking beauty, as well as the abundance of reefs and fertile lands.

Diriyah’s tourist addresses include: Al-Bujairi neighborhood, which is characterized by its cultural standing and global fame, as it includes institutions with a long history, such as: “Sheikh Muhammad bin Abdul Wahhab Foundation” and “Al Diriyah Park”. One of the world-famous neighborhoods is Al-Turaif neighborhood, which was registered by UNESCO on the list of World Heritage Sites.

Mada’in Salih is the home of the Thamud people

It is located 22 kilometers northeast of the city of Al-Ula, and its distinctive location has given it a historical reputation, as it was located on the road linking southern Arabia, Mesopotamia, the Levant and Egypt. The area includes a group of archaeological palaces, the most important of which is Qasr Al-Farid, one of the most famous Nabataean tombs in Al-Hajar, a number of tourist attractions, and the tombs of lions that consist of accumulated ruins of stone buildings, in addition to a huge group of carved tombs, and Mount Athleb.

Among the wonderful natural formations in the Al-Ula region is the Elephant Mountain, which is an aesthetic formation, consisting of a rock that reaches a length of about fifty meters, and is one of the suitable places for desert sports and mountain climbing, the desired activities on vacation.

Historic Jeddah is an open-air museum

Jeddah is a city with a long history, and it gained a distinguished position after Caliph Othman bin Affan took it as a port in the year 26 AH. The city is proud of the Jeddah wall, its ancient lanes, its historical mosques, and its old markets. The wall is permeated by seven gates that were built at varying times, such as: Bab Makkah, Bab Al-Madina, Bab Sharif, Bab Jadid, Bab Al-Bunt, and Bab Al-Mughrabih. There is also the Nassif House, one of the most important archaeological monuments, which has gained a great position since King Abdulaziz visited Sheikh Omar Nassif, and in it the people of Jeddah pledged allegiance to King Abdulaziz in 1925.

Taif, the city of roses and the bride of summer resorts

Taif includes a number of palaces and castles, including “Shubra Palace”, which was the residence of King Abdul Aziz Al Saud, “Al-Watt Palace”, which is an architectural masterpiece, and Marwan Castle in the historical country of Bani Adwan, the castle that was named by that name, because it was built on A mountain called Marwan, and the archaeological fortress of the Sergeants. Taif is famous for its dams, including the Samalqi Dam, and its historical landmarks, such as the “Kateb’s House” that combines Islamic architecture and Roman civilization, and the “Tamya Quarry,” which is a large pit 300 meters deep and 180 meters in diameter, which arose as a result of the impact of a large celestial body on the ground.

In Taif, the Okaz market has become a leading tourist destination locally, Arably and internationally, especially as it is one of the most famous markets in the history of the Arabian Peninsula.

The beautiful beaches of Farasan Island

The picturesque beaches of Farasan Island stretch for 216 kilometers.

Taima is the home of ancient world civilizations

Tayma flourished in the past until it became one of the most important cities in northern Arabia. Its archaeological sites include the great archaeological wall, the longest (10 km) between the historical walls in the Arabian Peninsula, and the most fortified, the Al-Hamra Palace in the northern side of Tayma, Qasr Al-Radham, Well Hadaj, whose excavation is believed to date back to the sixth century B.C. Al-Ablaq in the southern part of the old city, Al-Bajidi Palace, which was discovered in the year 1412 AH, belongs to the early Islamic era, and the inscription of Ramses III, the first hieroglyph to be found in the Arabian Peninsula, bears the signature of Ramses III.

Masmak Fortress, the epic of monotheism

The palace is located in the center of the city of Riyadh, and its features include: The palace gate on the western side is 3.60 meters high, with three beams, each 25 centimeters thick, and in the middle of it is an opening called a “khokha” that was used as a small gate. The gate is so narrow that only a bent person, not an erect person, can pass through. As for the mosque, it is positioned to the left of the entrance, and it consists of a large room, with columns and shelves on the walls to hold the Qur’an, and a mihrab. There are ventilation holes inside the ceiling and walls. The majlis is a cloister facing the entrance. It is a rectangular room with a “neighbor” in it, according to the traditional form in the Najd region. On the western side are openings for ventilation and lighting, as well as on the southern side overlooking the main courtyard, and on the northeastern side a water well. In each of the four corners of the Masmak building, there is a cylindrical tower, 18 meters high, to which it is ascended through a staircase, then two staircases of wood. Within each tower, there are places for throwing on the perimeter of the tower, and in the center of the Musmak there is a square tower, which is called the “Murabba”. There is a main courtyard of the palace, surrounded by rooms with columns. In the courtyard there are steps on the eastern side that lead to the first floor and the roofs, as well as three housing units, the first was used for the residence of the ruler, the second was a “money house”, and the third was for the accommodation of guests.

An error occurred while trying to send your message. Please try again later.

There is an error in one or more fields

Thank you, your submission was successful